Durban – A woman died and a man was injured when two cars and a bakkie crashed on the M13 heading towards Pietermaritzburg before the Hillcrest off-ramp on Sunday afternoon, KwaZulu-Natal paramedics said. 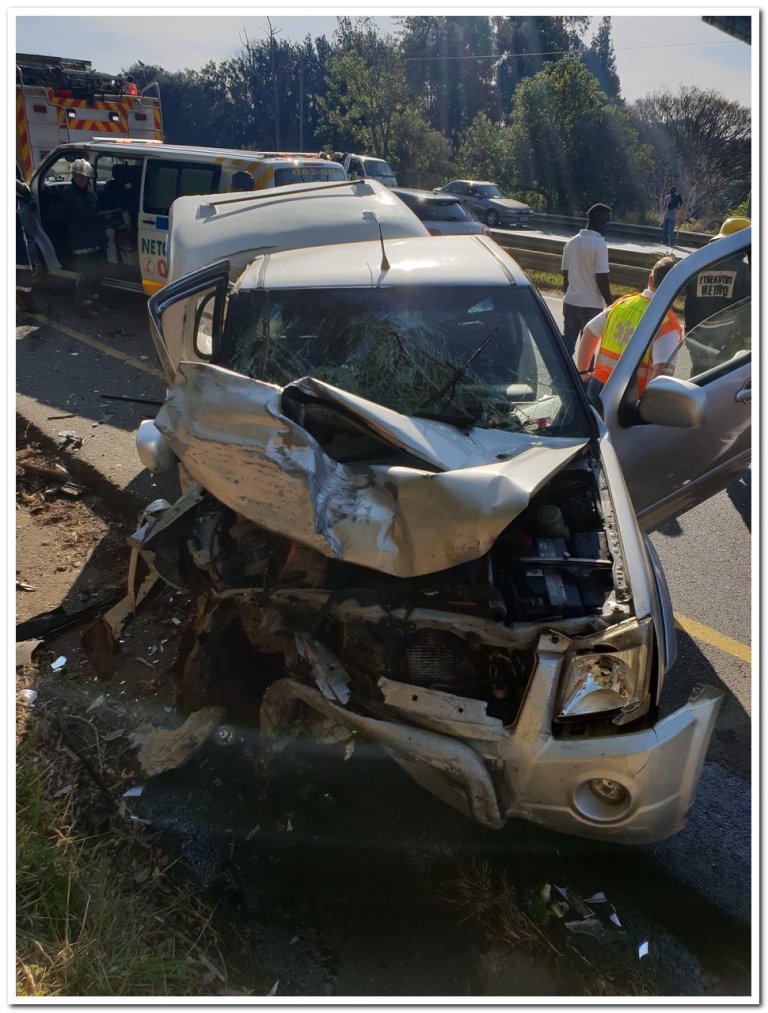 “Three vehicles had collided after it is alleged one vehicle came through the centre median from the Durban-bound carriageway. One female had sustained multiple injuries and, unfortunately, there was nothing more paramedics could do for her and she was declared deceased on the scene. She was approximately 30 years old.”

One driver had sustained mild injuries and was stabilised on the scene before being transported to a nearby hospital for the further care that he required. Police would investigate the events leading up to the crash, Jamieson said.