A fire at a popular Durban butchery left part of the building gutted on Friday. 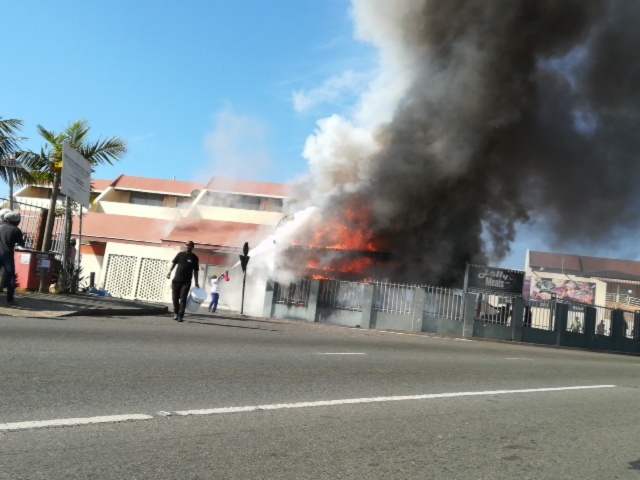 A popular butchery in Durban lived up to part of its slogan – “where there is smoke there is fire” – on Friday afternoon when its braai area went up in flames.

“The crew still working there. No persons were injured. The cause of fire has not yet been determined as it’s still a hot building at this stage as the crew is now damping down‚” he said.

Ramlall said the fire was contained to the braai area‚ which is at the bottom level of the butchery.

“I am not sure where the fire started at this stage‚,” he said.

THE LATEST REBEL HAIR STYLES FOR LADIES IN 2019